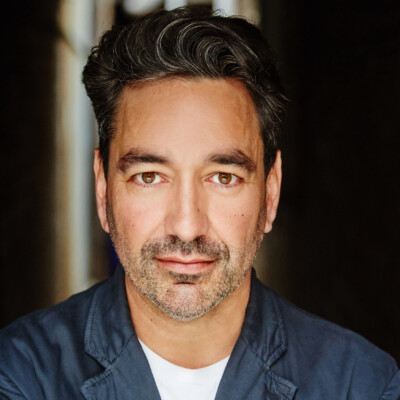 Alex Papps was trained as an actor, graduating from WAAPA in 1995, and as a director from the Victorian College of the Arts in 2007. He has also taught at numerous acting schools across Melbourne.

As an actor, Alex Papps television credits include:

He was also the co-host with Andrew Daddo of ABC’s music/variety program, The Factory.

For the Melbourne Theatre Company he has appeared in This Old Man Comes Rolling Home, Mad Forest, and Romeo in Romeo & Juliet (MTC education).

Other theatre credits include:

Birds On Sticks (Adelaide and Melbourne Fringe Festivals 2018), Becky Shaw (Echelon) Emma – Celebrazione, Stones in his Pockets, Titania’s Boy and The Gizmo (Riverina Theatre Company).  He has also acted in several pantomimes in the UK.

Peter in Ana Kokkinos’ Head On, and Anthony, in Five Moments of Infidelity.

In 2014 he released and album of children’s music called, “Let’s Put The Beat In Our Feet.”

He has written for Home and Away and Play School.

Alex Papps has been a regular presenter on ABC TV’s Play School since 2005.