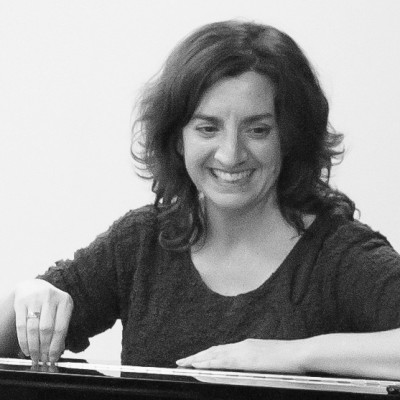 ANYA SAFFIR is a theater director, writer and educator based in and hailing from New York City.

With composer Cormac Bluestone, her longtime collaborator, Anya wrote a critically acclaimed operetta adapted from Marjorie Williams Bianco’s classic story The Velveteen Rabbit, which premiered at The Atlantic Theater Company, played to sold out houses, and received an Off-Broadway Alliance Award nomination for Best Family Show. Anya and Cormac have collaborated on the music for 11 productions, with a focus on live music in theatrical performance. Original music from their Shakespeare and Brecht productions has been performed around the US and in Turkey, Russia, Australia and Korea.

Also for Atlantic Theater Company Anya has directed new works by Tom Donaghy, Kate Robin, Jerome Hairston, Mike Dowling and Scott Organ for the 10×25 Play Festival, the New Works Series and the 24-Hour Plays, directing actors such as Liev Schrieber, Mary Steenburgen, Eddie Cahill and Jason Ritter. She has directed numerous Atlantic Conservatory productions on the Atlantic Stage 2, including Chekhov’s Uncle Vanya, Twelfth Night, The Winter’s Tale, As You Like It, Pericles: Prince of Tyre, Mad Forest by Caryl Churchill, and Our Country’s Good by Timberlake Wertenbaker.

Anya is currently the co-director of It Makes a Sound, a serial fiction podcast on the Night Vale Presents network created by, written and starring Jacquelyn Landgraf, which has just completed its first season with a listenership of more than half a million people worldwide. She has served as Artistic Associate at Classic Stage Company and is a regular contributor on Shakespeare topics for National Public Radio’s The Takeaway.

Anya has been on the faculty at Atlantic Theater Acting School since 1998. She is a Master Teacher of Practical Aesthetics, an acting technique originally developed by William H. Macy and David Mamet, based on the teachings of Stanislavsky, Joseph Campbell and Aristotle. At Atlantic Anya teaches Advanced Scene Study classes in Chekhov, Shakespeare, Throughline Technique, and Postwar British Drama, a class she developed based on her interest in Brecht’s legacy and the political theater movement that emerged in Britain in the wake of WWII. Anya served for many years on the faculty at Tisch School of the Arts at New York University and is currently a professor of the plays of Anton Chekhov at the Brooklyn College Acting Conservatory. She has several times been a guest artist at Harvard University’s Graduate Center for Advanced Theater Training, and delivered the commencement address to the graduating M.F.A. actors in 2015. She has been a visiting Chekhov professor at Penn State Graduate Theater Program and has traveled internationally to teach Master Classes in Practical Aesthetics.