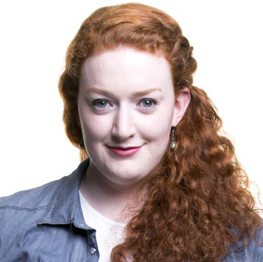 A graduate of the Bachelor of Performing Arts at Monash University, Brenna is a teacher and ensemble member of Victoria’s longest running improvisational theatre company, Impro Melbourne. Recent credits include Directing ‘Smells Like a Song’ (2016/17) an improvised musical and performing in ‘Death Comes to Us All’ (2017), ‘Gorilla Theatre’ (2017) and ‘When in Rome’ (2017). Brenna is the Artistic Director of Soothplayers, an improvisational theatre company inspired by the themes and language of William Shakespeare.

Brenna has toured regionally teaching storytelling and improvisation workshops for primary and secondary school students and created and delivered acting and performing arts programs for 6-18 year olds as part of the Gemco Players Youth Program. Brenna teaches workshops on improvisational theatre for the general public as well as tailored workshops for scripted theatre companies.

“I love Brenna! She was very enthusiatic and a great teacher.” – Tinka Williamz (Kids Drama World 2018)

“Brenna was a very nice, supporting and helpful teacher and before I didn’t understand the process of making a film and now because of her I do” – Ali & Grier McDonald (Kids Drama World 2018)