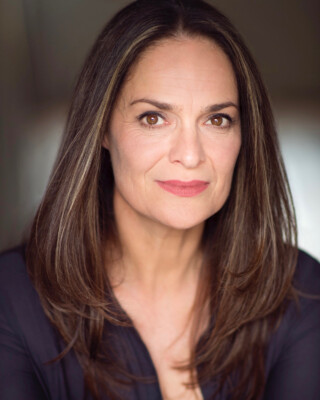 Carolyn Bock is a graduate of the Victorian College of the Arts, her diverse career over 30 years has encompassed dance, theatre, television and film both nationally and internationally. Carolyn’s most recent theatre credits include title roles in Euripidies’ Medea from 2016 -18 and as Hecuba in The Women of Troy for Complete Works Theatre. Over the years Carolyn has performed in myriad commercial and independent productions for MTC, La Mama Theatre, Playbox, Stork Theatre, Theatre At Risk to name a few.

In television and film, her most recent credits include feature film The Red Shoes-The next step, Wentworth, INXS The Untold Story among many others. In the past she has been nominated for a Green Room Award for her body of work as actor in the Fringe.

In 2009 Carolyn Bock co-founded The Shift Theatre and has co-written two plays The Girls In Grey and Hallowed Ground- Women Doctors in War both touring nationally and in 2019 Hallowed Ground winning a Lustrum Award at Edinburgh Fringe Festival. From 2012 -2020 Carolyn worked with Rollercoaster Theatre for actors with disability. In 2017 Carolyn was a guest of the Interaction ensemble for actors with Down Syndrome in Moscow Russia, joining them in Geneva at the United Nations Business and Human Rights Forum and features in their documentary Eating and Elephant.

Carolyn also works as a teacher and coach for young dancers and performers, and with children and youth in rural Victoria devising theatre experiences.