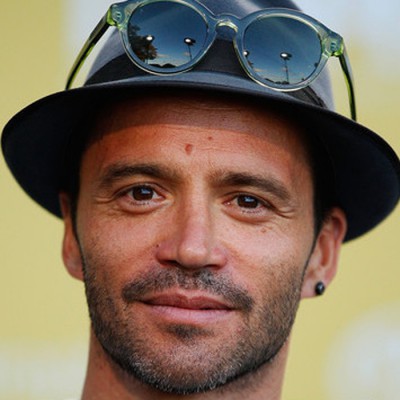 One of Australia’s most accomplished actors, Damian Walshe-Howling has an impressive list of film and television credits.

Damian gained critical notoriety for his performance in UNDERBELLY, one of Australia’s highest ever rating television programmes. His personification of “Melbourne’s most loved murderer”, Andrew Benji Veniamin, in the Screentime-produced series, captured the hearts and minds of Australian and International audiences. The many accolades led to Damian winning an AFI Award in 2008 for Best Supporting Actor in a Television Drama.

He garnered a previous AFI Award nomination for his performance in the highly acclaimed series THE SECRET LIFE OF US. His extensive list of television credits include the Steven Spielberg produced series TERRA NOVA, Nine Network/NBC’s tele-movie PANIC AT ROCK ISLAND, EAST WEST 101, RESCUE SPECIAL OPS, SATISFACTION, WILFRED, ALL SAINTS, BLUE HEELERS, HALIFAX F.P., STINGERS, BROTHERS IN ARMS, THE TIME OF OUR LIVES, OLD SCHOOL starring Bryan Brown and Sam Neill and three series of the critically acclaimed JANET KING for ABC. He was recently seen in the Nine Network’s new series BITE CLUB and in the US, the action/adventure series TITANS.

Damian’s film credits include pivotal roles in HE DIED WITH A FELAFEL IN HIS HAND, MACBETH, A WRECK A TANGLE, Ivan Sen’s 2014 thriller MYSTERY ROAD alongside Hugo Weaving, Jack Thompson and Ryan Kwanten as well as AROUND THE BLOCK starring Christina Ricci. Damian played the lead in Andrew Traucki’s terrifying shark thriller THE REEF for which he won Best Actor at the 2013 A NIGHT OF HORROR INTERNATIONAL FILM FESTIVAL. Damian’s latest film performance is in the upcoming Sci Fi 2067 alongside Kodi Smit-Mcphee, Ryan Kwanten and Deborah Mailman

Damian’s theatre credits include lead roles in the B Sharp production A VIEW OF CONCRETE as well as DANNY AND THE DEEP BLUE SEA, MOJO, CRAVE, FOOL FOR LOVE and Brendan Cowell’s highly successful Melbourne production of MEN. 2015 saw Damian star in the Black Swan Theatre Company production of David Mamet’s Pulitzer Prize winning GLENGARRY GLEN ROSS. And in 2019 Damian played MARCO in MTC’s critically acclaimed production of A VIEW FROM THE BRIDGE.

As a writer/director Damian’s career has really begun to take shape. Recently, Damian won the Lexus Short Film Competition  and as a result, Damian wrote, produced and directed MESSiAH which enjoyed a successful premiere at the Sydney Film Festival. His short film SUSPENDED opened a number of prestigious festivals around the world, including Locarno Film Festival in Switzerland, Nashville International Film Festival, Slamdance, Flickerfest, St Kilda and was most recently screened at Cannes Cinephiles. His previous short THE BLOODY SWEET HIT had extensive sales internationally including MTV Europe. He is currently working as a director with two highly acclaimed production companies in Melbourne, Princess Pictures and Guilty Content as well as developing a number of his own projects. Damian recently completed a Director’s Attachment with Peter Andrikidis on Screentime’s mini-series UNDERBELLY FILES: CHOPPER.

WHAT PEOPLE ARE SAYING ABOUT DAMIAN WALSHE-HOWLING:

“Damian is an awesome mentor when it comes to delving deeper into the minds of characters as human beings and exploring the truth of a scene. Completely down to earth and extremely generous with the time and effort he puts into each person in the course so they’re never left unsure of the inner workings of each scene and walk away feeling more confident as a result. An all round great guy.”
~ Alex Cooke

“I found Damien to be a charming, witty and incredibly encouraging. What a great ambassador for the craft.”
~ Anne-Marie Lee