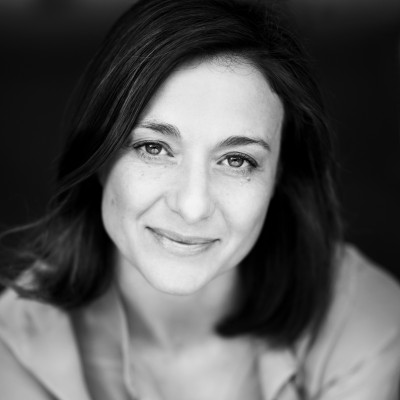 Daniela was also nominated for a Most Outstanding Actress Silver Logie for her work as Maritza Wales in the popular Australian telemovie THE SOCIETY MURDERS.

Directing credits include THE SPOOK by Melissa Reeves for VCA graduating students 2021 and MACHINAL by Sophie Treadwell for VCA 2nd year students 2020.

Daniela began teaching in 2016 and has since worked at all levels of experience across both screen and stage at Brave Studios and VCA.

She has been a proud member of MEAA since 1994.

“I like to tune into each actor’s essence as a human being first and foremost – I am convinced that this is the engine room that generates fine nuanced and truthful performance.” ~Daniela Farinacci

WHAT PEOPLE ARE SAYING ABOUT DANIELA’S TEACHINGS
~ Daniela is amazing! Such a beautiful, caring, nurturing, intuitive teacher. She never once used her role as the teacher to gain power or dominate us, it was a really safe, collaborative space to learn together. Couldn’t recommend her more. She’s definitely one of my favourite teachers that I’ve trained with in my 25 years of classes. Have definitely picked up some news skills from her while polishing up on the ones I already had.  Also really enjoyed her little bits of meditation at the start of the class and her personal touches to each of us as individuals.  Thanks so much for the course! Will be back soon for sure.
Mahalia – 2016 Brave Studios Student and Actor