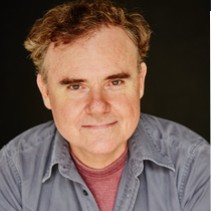 After graduating from the National Institute of Dramatic Art in 1988, Darren began his career in musical theatre and then spent 10 years with the Bell Shakespeare Company.

Film credits include A Few Less Men, the AACTA nominated Women He’s Undressed, Save Your Legs and The Outlaw Michael Howe.

Darren received a 2017 Sydney Theatre Award nomination for Best Actor in a Leading Role in a Mainstage Production for his work in Who’s Afraid of Virginia Woolf? and at the 7th AACTA Awards, a nomination for Best Performance in a Television Comedy for No Activity. He also won a “Best Actor” Helpmann Award for The Servant of Two Masters, and Equity Ensemble Awards for The Moodys and A Moody Christmas and was nominated for a Golden Nymph Award at the Monte Carlo Television Festival for Best Actor in Here Come the Habibs, as well as multiple Green Room, Sydney Critic and Glug Award nominations.