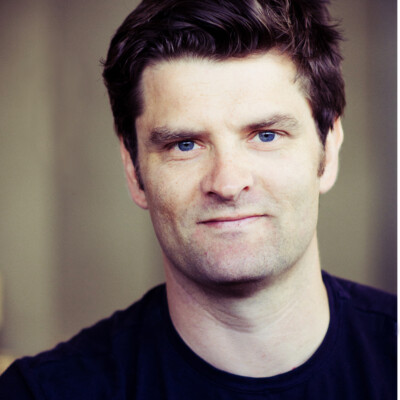 James Saunders is an actor, writer and voice-over artist based in Melbourne. Since having the epiphany that the voices/characters he was putting on to get into pubs while underage was technically ‘persona’ work, James has gone on to enjoy a 20+ year career as an actor in Australian TV and film, and has performed in theatres throughout Australia, Europe, North & South America. His voice work can be heard on radio, TV, and numerous Audiobooks.

James graduated from the VCA in 2000 and has won multiple Green Room Awards as an actor, a Goethe Institute Fellowship to Berlin as an actor/theatre maker and a creative fellowship with the State Library of Victoria as a writer. He is currently developing several TV projects.

On stage, James has performed with the Sydney Theatre Company, Melbourne Theatre Company, Queensland Theatre, Company B Belvoir, Bell Shakespeare, Malthouse and La Mama, as well as in numerous Melbourne Festivals, and international festivals throughout Europe and USA. He wrote and performed The Harry Harlow Project, which toured nationally in 2011. Some selected theatre credits include The Graduate with Jerry Hall for Kay and Maclean Productions; Ganesh vs. the Third Reich, Small Metal Objects, for Back to Back Theatre touring to Europe and South America; Noises Off, On the production of Monsters, Richard III, Don Juan in Soho, Woyceck, all for the MTC; Antigone for Company B Belvoir, Fat Pig for STC, and Bell Shakespeare’s Two Gentlemen of Verona.

James has won two Green Room Awards, including Best Actor for The Black Swan of Trespass, by Lally Katz in Melbourne and New York, (winner of 8 local and international Awards).