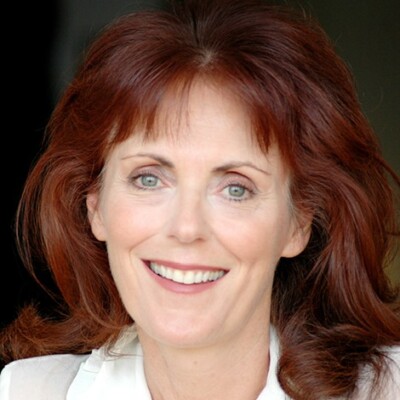 Louise Siversen is highly respected and accomplished Actor. She has worked extensively in Film, Theatre and Television for over 40 years.

Louise Siversen has appeared in many of Australia’s most respected TV shows with leading regular roles in Prisoner, The Flying Doctors, Bootleg, Chances, Eugenie Sandler P.I, High Fliers, Shortcuts, Neighbours, Stingers, The Secret Life of Us, Halifax F.P., Janus ( for which Louise received a  Silver Logie Nomination for Most Outstanding Actress in a Lead Role ), Backberner as Co-Host and Anchorwoman ( which received numerous Logie Nominations for Best Comedy ), the hugely entertaining Miss Looby from Nine Network’s five seasons of House Husbands among many others. Currently Louise is working on the STAN series The Gloamers.

Louise’s extensive Theatre credits include Noises Off, a QT/MTC co-production Directed by Sam Strong, I Can’t Even a one woman show at Malthouse Theatre Directed by Matthew Lutton, The Glory by Ross Mueller directed by Aidan Fennessey for Hothouse Theatre, Mum’s the Word 2: Teenagers both tours in 2007 and 2009 for Dainty Productions, The Girl who Saw Everything Directed by Janis Balodis MTC, Art and Soul directed by Peter Houghton and Kate Cherry MTC ( which earned the cast a prestigious Green Room Award for Best Ensemble), The Memory of Water Directed by Julian Merrick MTC, All About my Mother Directed by Simon Phillips MTC, The Joy of Text Directed by Aidan Fennessey MTC, True Minds by Joanna Murray Smith Directed by Peter Houghton MTC. Louise wrote and starred in her own one woman show for Malthouse Coming to My Senses Directed by Kirsten von Bibra, The Importance of Being Earnest, Morning Sacrifice La Mama Theatre , the Misery of Beauty Theatre Works, Barmaids Zootango Theatre Hobart and many more.

Louise Siversen played Mrs Cherry in the Film adaptation of Tim Winton’s That Eye the Sky Directed by John Ruane, other films were Evil Angels and Eye of the Storm both Directed by Fred Schepisi, Crackers, Josh Jarman, The Book of Revelation, Four of a Kind, and most recently Sucker Directed by Ben Chessell. Short Films include The Kingdom of Doug ( for which Louise was nominated for the Best Actor Award St. Kilda Short Film Festival), the award winning Blow, Shiny Thing, and What’s the Matter which was accepted in to the Los Angeles International Short Film Festival.

Louise also works as a Voice over Artist for campaigns, radio plays, poetry readings, audio books, corporate narrations and more. Most recently recording The Memory Code by Dr. Lynne Kelly for Wavesound having recorded Memory Craft for Dr. Kelly in 2017. Louise’s campaigns include the national voice of David Jones for four years and Priscilla the Musical. She is the voice of Corinna Chapman for Kerry Greenwood having voiced over 8 books in the series.

Louise co-creates and produces work for TV and Theatre she is currently in development with several projects with other well known artists.

Louise Lectures and teaches at the VCA Drama and Film Schools, NIDA, Deakin University and National Theatre Melbourne and in private practice Melbourne and Sydney in drama methodology, presentation skills and voice over.

Louise has been included in the annually published Who’s Who of Australian Women since 2006.