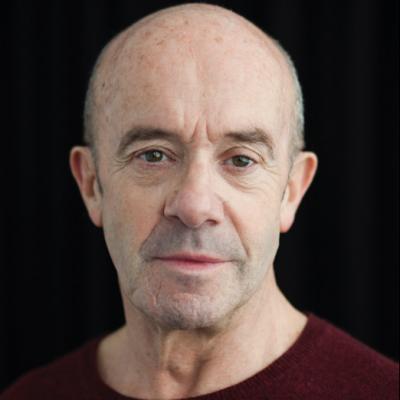 ROB MELDRUM IS AN IN-DEMAND WORKING ACTOR, DIRECTOR AND TEACHER WITH OVER 45 YEARS EXPERIENCE.

He has worked extensively for all major Australian theatre companies including MTC, STC, State Theatre Company of South Australia & Bell Shakespeare (where he was an ensemble member for 3 years), to well-regarded independent theatre companies including the seminal Australian Performing Group (APG), La Mama, Church Theatre, Anthill & Playbox to name a few. (credits listed below).

He has been teaching extensively in Voice for over 20 years and utilises his vocal practice in all his acting work. His teaching style is practical and informative and he will often relate Vocal technique to his everyday experience as an actor.

He was a lecturer in Acting at Melbourne University VCA Drama school for 8 years. He is currently the voice coach at the Ballarat Academy of Performing Arts and at The National Theatre in St Kilda. Rob trained as a voice teacher with the world-renowned voice teacher Rowena Balos and utilises the style of Kristin Linklater.

“You need to absorb the words of the character you are playing into your inner landscape. You need to be breathing the words in so that the underlying thoughts become feelings, and the cellular makeup of your body starts to rearrange itself in response.”

Acting Credits include: Floating World, The Hills Family Show, Back to Bourke St, Mary Shelley and the Monsters, for APG; The Island, Miss Julie, She Stoops to Conquer and Nana for MTC; The Misanthrope, Woman in Mind and The Three Sisters for STC; Antony and Cleopatra, Britannicus, Early Days Under the Old Hat and Speaking in Tongues (Green Room Award for Best Ensemble) for Playbox; The Time is Not yet Ripe, Lady From the Sea, Romeo and Juliet, The Tempest and Scenes From An Execution for State Theatre Company of South Australia; Otello(nominated for a Green Room Award) Wounds to the Face, Palace of the End (nominated for a Green Room Award), The Rivers of China, for Theatreworks; Comedy of Errors, The Tempest, Volpone, (nominated for a Green Room Award) for the Church Theatre; Julius Caesar, Antony and Cleopatra, Richard 111, Hamlet and As You Like It  for Bell Shakespeare Company; Twelve Angry Men (Adrian Bohm & Guy Masterson);  L’Amante Anglaise for La Mama.

Directing credits include: It Started With a Kiss, No Half Measures, for La Mama; Popular Front, Gulliver, for Theatreworks; Only Heaven Knows, for Playbox Theatre Company; Night Outside, for The Church Theatre;  Tales of the City, for Arts House. Rob also narrates audio books for Bolinda, being a specialist in non-fiction titles. He has recorded 18 titles in the last three years.

“Rob is very informative, and I appreciated his relaxed attitude and having a bit of fun with it all whilst learning different techniques.” – Shaye Williamson

“Robert Meldrum is a great tutor with so much knowledge & enthusiasm. Thank you Rob!!!!” – Carolyn Prosser